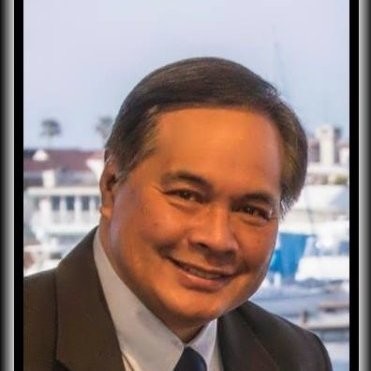 Peter is managing director of Pacrim Consulting, a firm to assist companies that needs financial services, such as lending, insurance and structured financing.
He was associated with UNICOM Global. Peter Ramirez has been in the international commercial banking community for over 40 years, as a trade finance specialist utilizing a wide variety of guaranteed financing products from the Export-Import Bank of the United States and the Small Business Administration. He helped start the export division of East West Bank and was manager of the Trade Finance Divisions of City National Bank, and Pacific Mercantile Bank. He obtained his banking background from the Bank of America right after graduating from USC. He was a member of the District Export Council of Southern California, appointed by the U.S. Secretary of Commerce, and is often a guest speaker on how to finance your export products.

As an entrepreneur, he also worked in Bangkok, Thailand for ten years, having started Thai Information Network (TIN) providing IT solutions to various major Thai firms. TIN was awarded the contract to build and install the first APEC network at the APEC Secretariat in Singapore. He attended many APEC forums on information technology throughout Asia.

He graduated from the University of Southern California, Marshall School of Business. He also graduated from Seoul American High School, Seoul, Korea. He was fortunate to live and study in many countries in Europe and Asia, especially Korea when his late father was the Philippine Ambassador to Korea (and later Germany) and the UN Commissioner of UNCURK (United Nations Commission for the Unification of the Republic of Korea)